Washington Post: “[Iraq’s proposed new] law…would…permit boys to marry as young as 15 and girls to marry as young as nine. Girls younger than nine would be permitted to marry with a parent’s approval. ‘Iraq is in conflict and undergoing a breakdown of the rule of law,’ women’s rights activist Basma al-Khateeb told Human Rights Watch. ‘The passage of the Jaafari law sets the ground for legalized inequality’.” 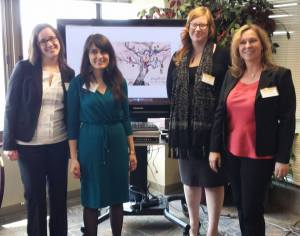 Forced Marriage in the USA & CAN

Find out what GJI co-founder, Julia Alanen, and panelists from Tahirih Justice Center and the Barbara Schlifer Memorial Clinic had to say last week at American University about Forced Marriages in the U.S. and Canada…

11yo Girl Would Rather Die Than Marry

“I would rather die than get married,” says 11-year-old Nada of Yemen in a viral YouTube video about her escape from forced marriage. “I thought a lot about escaping my parent’s house during the night,” Nada explains in a subsequent radio interview, “so at six a.m. I ran away by myself and I was not afraid.” According to Inland News Today, Nada is now under the protection of Yemeni Women Union, a nonprofit that empowers women and promotes their rights.

GJI is a proud partner of

GJI is a proud partner of

Error: Twitter did not respond. Please wait a few minutes and refresh this page.